At the 2021, Georgia Lacrosse Hall of Fame dinner a

number of current and former GLOA officials were honored. Former GLOA member Jon Ochsner was awarded the Kevin Moore Award, GLOA official Chris Klinker was named the GLF Official of the Year, and current GLOA President Mike Collver was inducted into the Georgia Lacrosse Hall of Fame Class of 2021

Mike has been involved in men’s lacrosse since he learned to play on the first UGA team back in 1975. He played for four years and then played with the Atlanta Lacrosse Club from 1978-91.

Mike officiated his first college club game in 1979 and has been hooked on officiating since. He served as the college club assigner for the Southeast prior to Eric Rudolph’s tenure. In 1986 Mike began officiating at the NCAA level and was involved in the formation of the South Eastern Lacrosse Conference (SELC) of the MCLA . In the 90s, he helped to start the National Intercollegiate Lacrosse Officials Association (NILOA) and served as the organization’s first president. He is the recipient of the Frenchy Julien award which is given annually to an active or past member of NILOA who has contributed to the continued success of NILOA and, when applicable, has made a meaningful contribution to the game of lacrosse.

Mike joined the Georgia Lacrosse Officials Association (GLOA) in 2004 as a high school official. He also coached Marist in the club league. In 2005 he became Marist first community coach at the high school level. From 2006 through 201, Mike served as the Tucker club lacrosse team’s coach which was the genesis for the Druid Hills, Chamblee, Brookwood, Parkview, and Dunwoody programs.

He has spent his entire adult life in lacrosse, most of it in the officiating world. There really is nothing he love more than officiating lacrosse. Mike is the recipient of the Ron Mallonee award. Named in honor of GLOA Charter Member Ron Malloneee who passed away in 2004, this annual award acknowledges the one GLOA official who has exhibited the highest level of dedication and service to the association and unfailingly is willing to help grow the game of lacrosse.as He served as a LAREDO instructor for US Lacrosse. 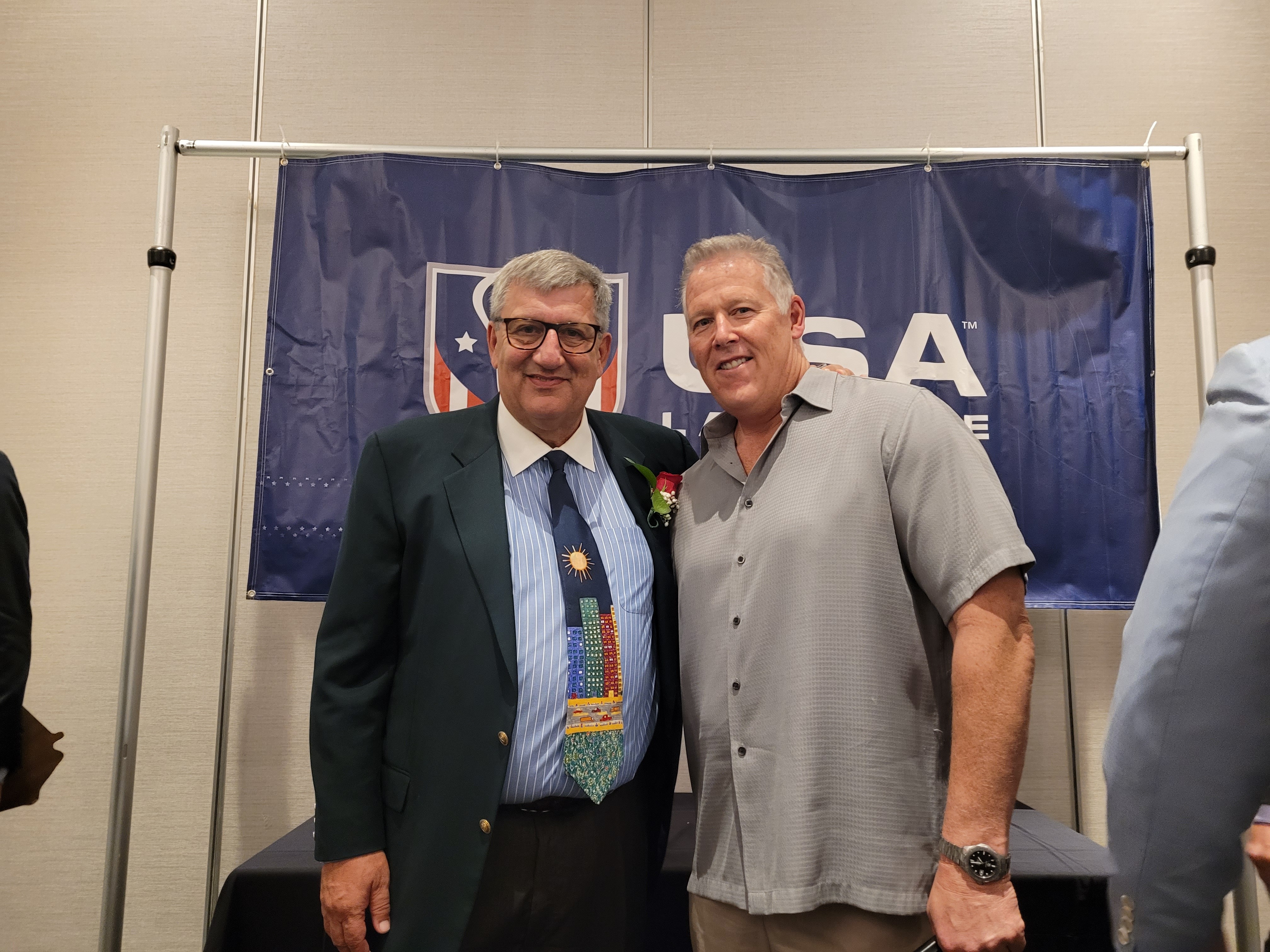 Growing up in Massachusetts, Chris started playing lacrosse at the age of 14.  He  played in high school, college and at the post-collegiate level for 15 years.  After hanging up his cleats, he coached several youth club teams in the South Atlanta area and in 2010, joined GLOA. Chris has  officiating three Georgia State High School Champion. He is an NILOA member and officiate men’s D2, D3 and Club collegiate lacrosse.

Jon played post-collegiate lacrosse for 20 + years, and played in 2010 World Games in Manchester, and 2014 world games in Denver. He began officiating in 2000 and has reffed at the NCAA level since 2005. He was a Major League Lacrosse official for four years, the highlighted of which was being the assistant referee in the 2018 All Star Game in Boston.  Jon was a Blue division official at the 2018 World Lacrosse Championship in Netanya, Israel. He started the Grady lacrosse program, and coached for 13 seasons until he moved to Virginia.