The GHSA has announced that all four of the 2018 State Lacrosse Championship games (Boys and Girls, 1-5A and 6-7A) will be played at Fifth Third Bank Stadium on the campus of Kennesaw State University.

All games will take place on May 19, 2018 with a ticket price of $12 (good for all four championship games. The exact game times and matchups will be announced at a later date. The NFHS Network will live stream the events.

As a result playoff game dates have changed from what we had posted earlier this year. The revised playoff brackets can be found here.

Read about the requirements for playoff eligibility here and see all of the previous championship crews here.

Event Program
Produced by ScoreAtlanta.  Free to fans at venue.

Video
Spread the word. Family, friends and fans can watch all games Live on NFHS Network by going here.  Subscription to the Network for an all-access pass is the low price of $9.95 per month per 30 days. DVDs can also be ordered at NFHSNetwork.com. NFHS Network – High School Happens Here!

Merchandise
State championship merchandise will be available on site by Team IP. 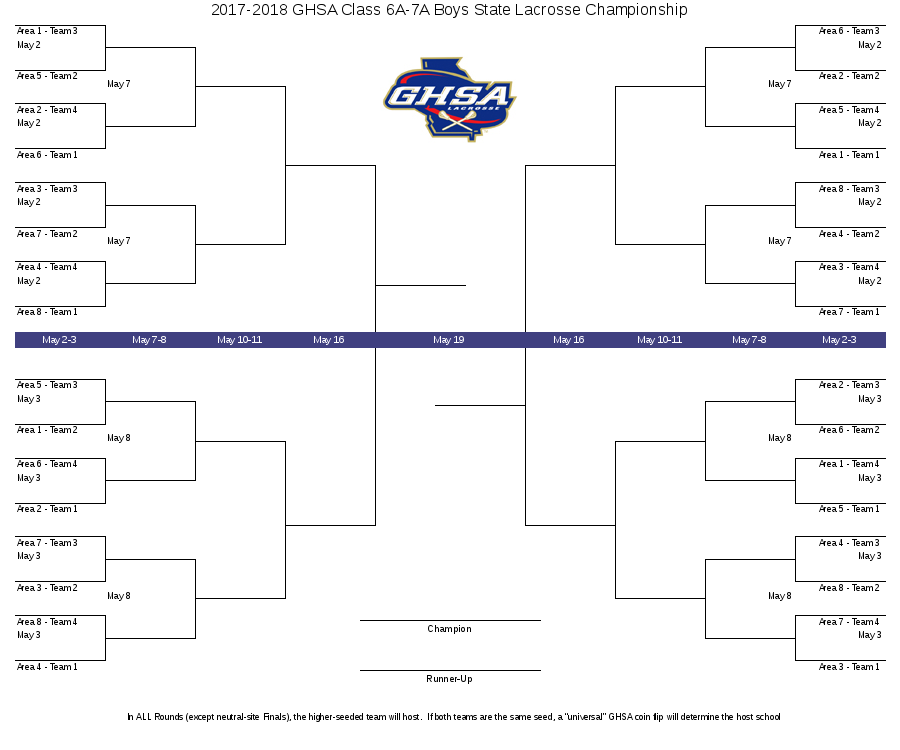 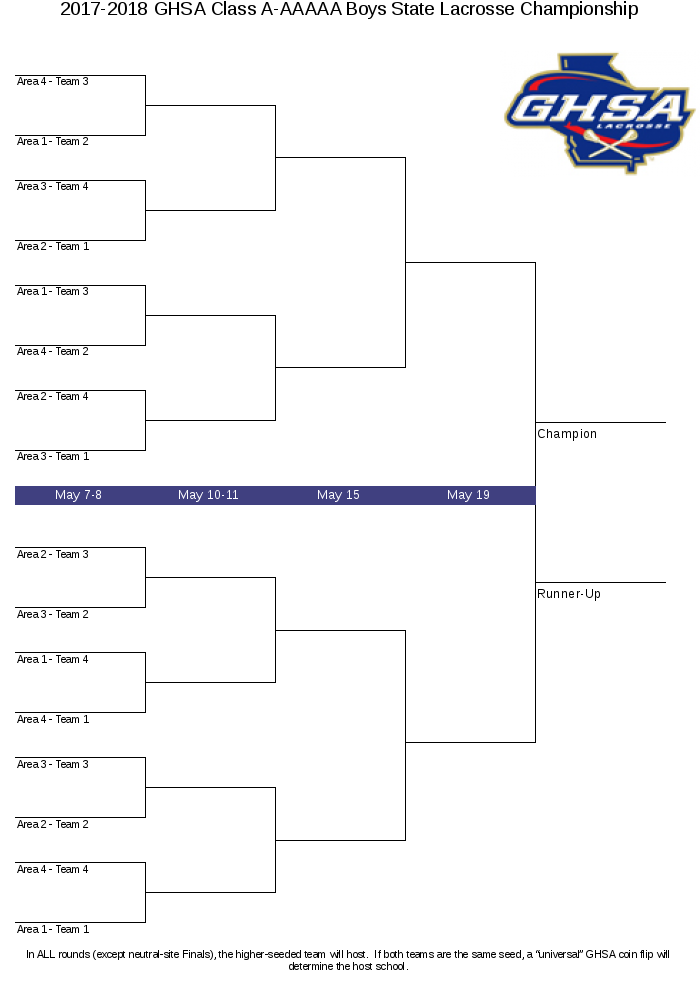