Film review has always played an important role for me as an official.  But the reality is, the regular use of film by lacrosse officials is a very recent phenomena. Ten years ago, the only teams that routinely filmed games were colleges and big time high school programs.  If you were an up and coming high school official, you simply did not have access to game film and if you did somehow manage to find it (e.g. on YouTube), you needed to download enormous video files over clunky internet connections. I was lucky.  I am fairly tech savvy and as an educator always had access to high speed internet connections.  This allowed me to take advantage of film study and identity what did well and what I need to work on.

The fact is that nowadays someone is always watching and the camera’s always rolling. Such is life in 2021. Every adult GLOA member has access to our Hudl account.  Look for an invitation from [email protected]  If you need assistance, reach out to me and I can resend the email!

So how exactly does one watch game film? Where do you get it? What should you be looking at?

Since the rise of video hosting and breakdown services like Hudl in 2006 and Krossover in 2009, professional, college, high school and even youth teams film their games. Film is now easily shared with players, opponents, recruiters and officials, and you can add telestrations, text, and voice comments.  Even teams who do not use one of these platforms regularly send in clips and raw film for trainers and assignors to review.

In 2020, Hudl purchased Krossover,GLOA now has access to almost ALL game film. Over the past summer, we will shared every available game film with the crews on those games for them to review. So how do you watch game film?

We can learn a great deal by examining how coaches use video to improve their team’s performance.  In a 2017 Hudl’s blog post “5 Reasons Every Coach Needs to be Using Video,” Dan Hopper notes that film allows a coach to do two things: view what happened objectively, without seeing it through the emotional intensity of the game itself and to show what happened rather than tell a player or a coach. We refs are just like players, we think we are doing everything we should be doing. After a game how many times have you heard you or a partner exclaim “I was in perfect position to make that call!” or “I know I got that one right!”

We are emotionally invested in the calls we make.  We create narratives in our heads that confirm what we already believe, that we did a great job. This is what psychologists call confirmation bias. People tend to recall information in a way that confirms one’s preexisting beliefs or hypotheses.  This is remarkably helpful if you are an official.  Your job is to make calls; and in order to do that job well, you need to have a bit of an ego.  You are supposed to get it right all the time.  That’s a tall order. However, if you want to get better, you need to be willing to challenge the notion that you always doing what you are supposed to doing.

Most officials get feedback in the form or written evaluations or informal comments.  As a crew chief, trainer and observer, I have given feedback to hundreds of official and it is by no means unusual for officials to push back; defend why they did something or deny that they did something.  I have experienced this first hand as an official in which I vigorously defended myself against the comments of a veteran partner.  Conversely, I have been on the other end of it, when I was observing an official and he denied doing any of the things I brought up. But you can’t argue with the video.

Duane Maranda, the head football coach at Westerly High School in Rhode Island said, “I can’t tell you how many times as a coach you would talk to a kid on the sideline and you say, ‘You’re doing this wrong.’ And he says, ‘No I’m not. I’m doing this. They don’t necessarily understand the big picture and what you’re asking them to do. But when you show it to them, there’s no arguing with that.” (5 Reasons) From the comfort of your own living room or office, you can now watch the film without the heat, the crowd noise, and the rowdy benches, and judge for yourself.

Be you own worst critic and best advocate

There is ALWAYS something you could be doing better.  Honestly critique what you did poorly and take pride in what you did well. Be you worst critic and best advocate. In a 1994 interview with Referee Magazine, former NFL Referee Ed Hochuli noted, “If you believe there is no room for improvement, get out of officiating because the next step is an obvious decline. That is embarrassing to you and your fellow officials. Every year, I am less content with my own abilities. I see so many great officials and I realize how many things I have to work on.” (Self Evaluation is Critical)

Having both the ability and willingness to evaluate yourself is essential to becoming a better referee. It does not matter if you officiate youth, JV, varsity or college, if you are a rookie or a you are a seasoned veteran.  You must be able to critique yourself and willing to be critiqued by others. If you move up to the “next level” be prepared to face a more intense level of scrutiny from coaches, players, fans, and observers.

How to watch game film 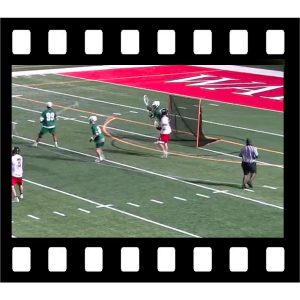 Coaches have been using film for years to identify tendencies in their opponents and their own teams.  UVA assistant coach Mark Van Arsdale noted that “from a scouting standpoint, today you can grab four or five games on each team, grab some stuff off the previous year…With film you can see consistent patterns, opponents running the same play or players going to the same move three or four times.” (Watch Game Film Like a Seasoned Pro) We should do the same. Watch multiple games you officiated and identify what your tendencies are as an official, both good and bad.

There are however some things you need to be aware of. The film is shot with the players in mind and oftentimes the officials are not even in the frame.  When I am watching film I am only interested in the officials; where the ball is only important in that it determines what each official’s responsibility is. Are you the on-ball or the off-ball official? It is entirely possible that you will only see live ball play and not get a sense of how you are as a dead ball official.

Watching game film is fairly simple: are you in the right spot and looking at the right thing? Where is the brim of your hat facing; that tells you what you are looking at! In order to save time, I watch games in fast forward mode.  It takes a little getting used to as it looks like a Benny Hill skit for those you old enough to remember that show. When I see a play that I want to investigate a little more, I rewind and run it back at game speed and then in slow-motion.  And always remember that we officiate at game speed!

What do your previous LOA observations or LAREDO evaluations say?  What have you been told by your crew chiefs and mentors? Hone in on those comments.  Look to see if those comments have merit.  Most likely they do. Take notes while you watch the game.  Note the time stamp so you can go back and review or share with a mentor and ask for feedback.  Look for trends; track how many times you don’t do something you should be doing (e.g. give the ready signal on a restart or stand still when reporting a penalty).

Focus on positioning, mechanics, appearance and hustle and consistency rather than judgement calls. If you need resources to confirm where the best spots to be and how to handle specific situations in your game, you can always consult the most recent US Lacrosse mechanics guides (2019 Two-Man and the 2019 Three-Man), the USL Game Management Guide, and the GLOA Game Guide.

Below is a short list of things I focus on when I study film:

If you need help getting access to game film, talk to an assignor, trainer or board member and they can assist you.  Watch college and playoff games; see what the officials higher up on the totem pole do that you don’t.  Most importantly be open to comments and critiques; be honest about your performance and hold yourself accountable. I promise you, you will see improvement in your game!