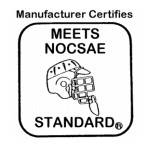 As many of you are aware, NOCSAE recently issued a press release which stated that two helmets by Cascade and Warrior were not in compliance with safety standards.

Two tournaments which had contracted with GLOA sought a waiver to allow these helmets to be used.  Members of the GLOA board spoke with US Lacrosse as well as a member of the Rules Committee and made the decision not to assign, as the use of such helmets would be in violation of a safety rule, might lead to an increased risk to the players and potentially increase the risk of claims against the officials and the Association.

Both tournaments understand GLOA’s position, but plan to hold their tournaments as scheduled and will be contacting officials directly.  GLOA does not give any official’s information out.  We would encourage any official that might take an assignment directly from one of these tournaments to review the press releases and make sure that you understand the risks you will be taking and understand that your insurance may not cover you in the event of an incident.

You may read the press release and follow the latest updates here: NOCSAE Announces Two Lacrosse Helmets are Non-Compliant with Standard as well as the  US Lacrosse Memo to Officials.