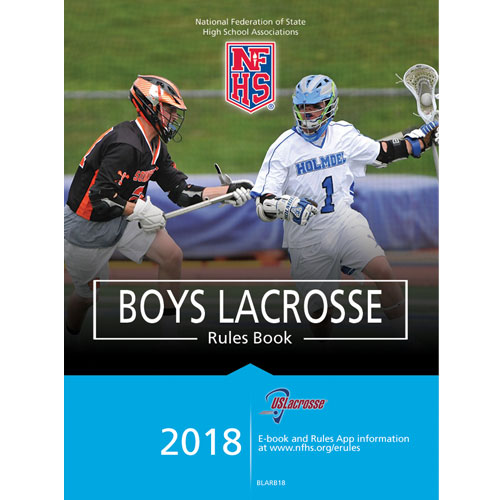 These are the highlights of the fifteen changes.  You can read the complete initial 2018 NFHS rules change memo here. The updated memo is here. 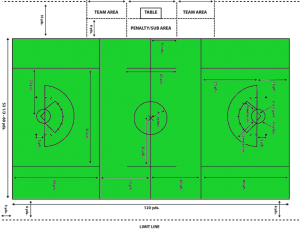 Rule 1-2 offers schools a third potential field layout; a unified boys and girls field that allows schools to line one set of shared boys and girls lacrosse field markings. This field option is 120 yards long and include additional space in front of the goal for the boys. In the past, this was a 20-yard space between the restraining line and the goal but is now a 25-yard space. 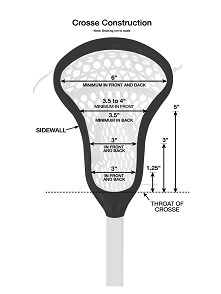 Rules 4-3-3 d states that during faceoffs the reverse surfaces of crosses must match evenly so that the top of one head lines up with the throat of the other and they are perpendicular to the ground. GLOA trainers began to introduce this mechanic last spring. The expression “tip to stop” provides a good visual.

Rule 4-3-3 n now specifically states the circumference of the shaft shall not exceed 3.5 inches, and a contrasting color between the head and the top glove must be visible on the shaft during faceoffs with the original shaft color, paint, a single wrap of tape, or other material.

Rule 4-18-4 A second violation by a player (not designated goalkeeper) entering the crease to act as the goalkeeper will be enforced as releasable unsportsmanlike conduct, and served by the offending player.

Rule 4-9-2 o states a goal will be allowed if a shot is released prior to the end of a period. This is an adoption of the NCAA rule. 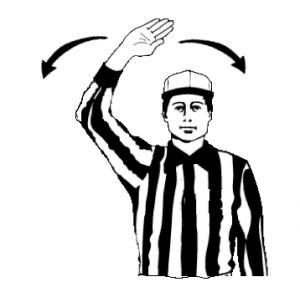 Rule 6-5-2 x The rule further clarified proper mouthpiece usage; it is a penalty if a mouthpiece is not properly worn inside a player’s mouth. No “fish-hooking.”

After the team has been warned, stalling shall be called if the ball leaves the goal area in any manner other then as a result of a shot on goal or a touch by the defensive team.

7-8-2 A FDSW will continue if a team brigs the ball out of the box.

7-8-2 k A second defensive foul is committed during the final two minutes of regulation play with the team that is ahead possessing the ball unless a scoring play is imminent.