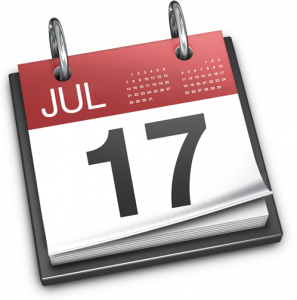 Please review these upcoming dates and events as we make the final push towards the end of the regular season.  Upcoming events include the SELC Tournament, the ACC tournament, two tournaments GLOA is assigning Mother’s Day weekend, the GHSA playoffs and the end of season Banquet,

As always, be sure to keep your blocks up to date.

Founded in 1988, the South Eastern Lacrosse Conference is a collegiate lacrosse club league based in the Southeastern United States. The SELC has 44 member colleges with over 1400 players. Sixteen teams will be invited to the SELC Championships with eight coming from Division 1 and eight from Division II. The league will crown two champions on April 26, 2015 who will be automatically qualified for the MCLA National Championships held later in Irvine and Orange, California, May 9-14.

All GLOA officials get FREE ADMISSION to the games!

The Atlantic Coast Conference, in conjunction with the Atlanta Sports Council (ASC), Kennesaw State Sports and Entertainment Park and LB3 Lacrosse, have announced that Fifth Third Bank Stadium will be home to the 2016 ACC Men’s Lacrosse Championship on April 29-May 1. This marks the first time the ACC Championship will take place in metro Atlanta and the sixth time in the event’s 28-year history that it will be held at a neutral site.

GLOA will be assigning two tournaments Mothers Day weekend (May 6-8) as well as three other tournaments in May.  If you have questions, please contact the GLOA Assignors at [email protected].

Playoffs are just around the corner and we have a large number of tournaments we are assigning soon! Keep your blocks up to date in arbiter.

GLOA End of Season Banquet, May 13

Please join us Friday, May 13 between 6:30 and 9:30 pm at the Taco Mac in the Prado Shopping Center (5600 Roswell Road Atlanta, GA, 30342) as we celebrate another successful season of Georgia lacrosse. Wives, girlfriends and significant others are encouraged to attend so that they may be thanked for supporting us during the season. Dinner and beverages will be provided by the Association. Following dinner, a short awards presentation will be conducted and 2016 championship crews announced.